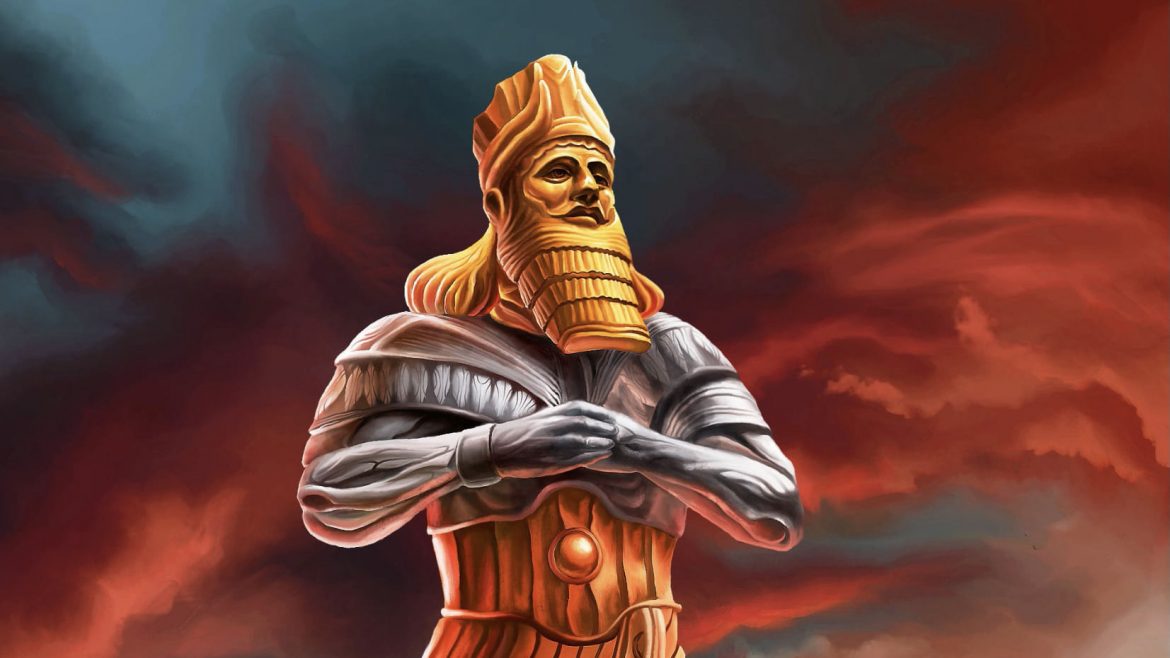 Come back in time with us to the 6th century BC. The king of the great Babylonian empire, Nebuchadnezzar, has had a dream (see Daniel, chapter 2). Perceived as a token from the gods, the message was surely one of life and death. The king woke up very distressed from his troubled sleep only to find that he couldn’t recall the dream… (You know the feeling. Dreaming of something so real, so relevant and yet, upon waking, you remember… nothing!) The mighty king felt frustrated, and even fearful.

Instantly he summons his go-to guys – the wisemen, as per Babylonian protocol, to interpret the dream. Magicians and astrologers appear before him inquiring as to the content of the dream. Nebuchadnezzar quickly becomes skeptical of their abilities and pushes them to the next level. Allow us to use today’s language:

“If you guys are really in touch with the realm above, tell me the dream. Interpretations can be made up by anyone…”

The story could have ended here. But enter the young Hebrew, Daniel, junior Wiseman and Prophet of God. Watch as history takes an extraordinary twist.

Not initially summoned, yet rounded up for execution too, Daniel boldly asks the king’s executioner for a chance to request a reprieve from the king. Permission granted, he turns in prayer to the God of heaven and is given a vision of the exact dream Nebuchadnezzar had.

Daniel understands – the dream is about changing times and seasons, removing kings, and setting up kings (Daniel 2:21). It is a timeline of the world empires from his time until the end of time!

A dream of future empires

Going before the king, Daniel introduces the dream. Emphasizing that it is all about the future – God revealing to the king “what will be in the latter days” (Daniel 2:28): 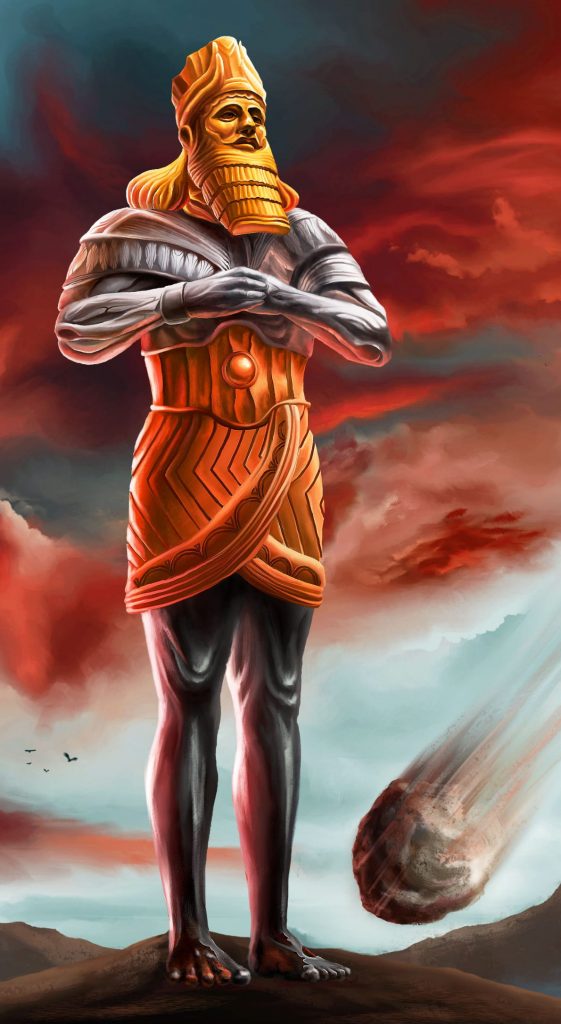 “You, O king, were watching; and behold, a great image! This great image [statue], whose splendour was excellent, stood before you; and its form was awesome.

This image’s head was of fine gold, its chest and arms of silver, its belly and thighs of bronze, its legs of iron, its feet partly of iron and partly of clay.

You watched while a stone was cut out without hands, which struck the image on its feet of iron and clay, and broke them in pieces. Then the iron, the clay, the bronze, the silver, and the gold were crushed together, and became like chaff from the summer threshing floors; the wind carried them away so that no trace of them was found.

And the stone that struck the image became a great mountain and filled the whole earth.” (Daniel 2:31-35)

Wide-eyed, Nebuchadnezzar sits astonished. Indeed, that was the dream! Described in the finest detail – from the glorious golden head down to those plain iron and clay toes – gold, silver, bronze, iron, clay. And that disturbing stone…

Excited as he now recalls the dream, Nebuchadnezzar is eager to hear it.

Daniel begins with “You are this head of gold” (v. 38). This is music to Nebuchadnezzar’s ears! And an indication to us of the starting point of this prophecy: BABYLON (605-539 BC). (History confirms, see note 1.)

Chest and arms of silver

Sadly for Nebuchadnezzar, what follows is bad news for him: “But after you shall arise another kingdom inferior to yours.” Indeed, Babylon was conquered later by the second empire, MEDO-PERSIA (539–331 BC). (History confirms, see note 2.)

Belly and thighs of bronze

Daniel boldly continues: “Then another, a third kingdom of bronze, which shall rule over all the earth.” This third empire was GREECE (331–168 BC), led by the well-known commander-in-chief Alexander the Great. (History confirms again, see note 3.)

“And the fourth kingdom shall be as strong as iron, inasmuch as iron breaks in pieces and shatters everything; and like iron that crushes, that kingdom will break in pieces and crush all the others.” (Daniel 2:38-40) The fourth kingdom in the series was an iron-like empire, which can only be ROME (168 BC – AD 476) with its increasingly absolute dominance over the then known world. Jesus Christ was even crucified under the Roman rule. (History confirms the key-date of moving from bronze to iron, see note 4. The Roman influence over the entire world is confirmed also, see note 5.)

All the these empires lie mostly in ruins now with their artefacts displayed in the museums of the world. But note – the final part of the statue is currently very much alive. The legs extend to feet and toes with a strange composition: iron and clay. The prophet explains the symbolism of this mixture: “the kingdom shall be divided” (v. 41); and its meaning: “the kingdom shall be partly strong and partly fragile” (v. 42).

When Rome fell in AD 476, its territories were divided between different tribes (see note 6). These tribes later not only became the ruling nations of Europe (England, Germany, France, Spain etc.), but conquerors and/or colonial powers of the entire globe (see note 7).

History informs us that following the Roman Empire no other single empire ruled the whole world (see note 8).

Let’s return to 2021! We see the world striving for unity through military alliances, economic unions, and global organizations and groups such as the United Nations, European Union, NATO, G7, IMF, WB, etc. A century or more ago the practice of intermarriage of the world’s monarchies attempted to achieve this. It failed. Treaties and partnerships became the new practice. Yet, despite all these attempts, a lack of unity extends to our time.

Currently it seems that a new world disorder is to be in place for the coming decades. (Contemporary analysis confirms, see note 9.) One should not overlook the concerning alliance that is developing between church and state, both powers taking turns in claiming the symbols of “iron” and “clay” (see note 10).

The goals of world powers, whether political or religious (even atheistic) are never entirely reached! The prophecy is crystal clear on this matter:

“but they will not adhere to one another, just as iron does not mix with clay.”

That is why the dictatorial Third Reich of Hitler never materialized, nor a true democratic European Union (note Brexit).

The God of heaven assured king Nebuchadnezzar that he was the head of gold. Where are we? Some twenty-six centuries later we can confidently say that we are living in the final era of the unmixed iron and clay toes.

The final and most significant part of the king’s dream deals with one item only – a terrible impact. The stone coming down to destroy the entire structure is identified as another “kingdom.” It is the final one, destroying them all, replacing them all.

The Bible answers: God’s kingdom. This is not Christianity conquering the world as some would have us believe. It’s the coming kingdom of Jesus Christ. He will return on the clouds of heaven. And His second coming will signal the end of this world. 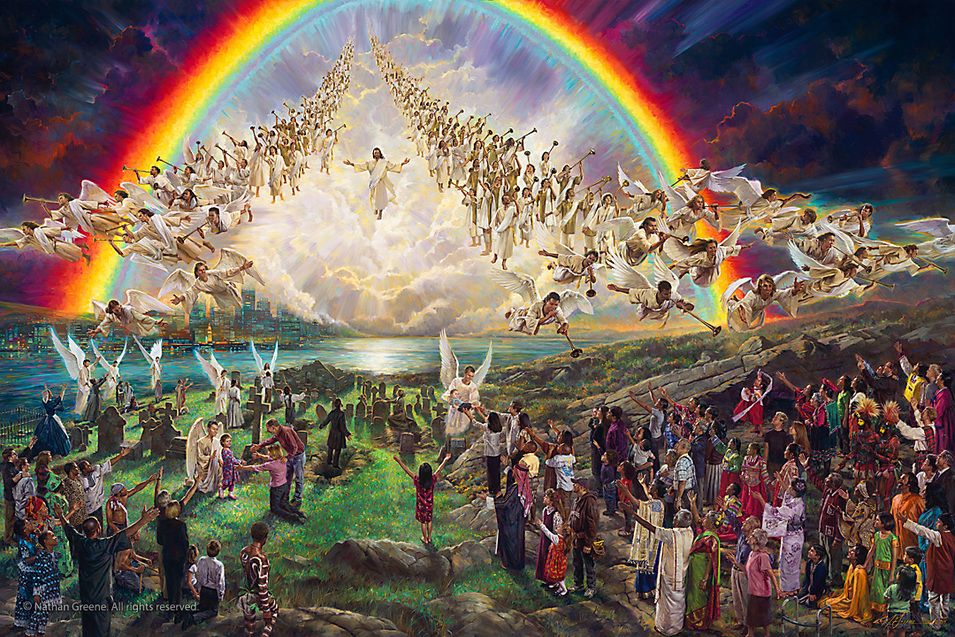 The alarm is sounding again

One could write this all off as an ancient palace story… But note how the prophet ends his explanation of this mysterious dream:

“The great God has made known to the king what will come to pass after this. The dream is certain, and its interpretation is sure.” (Daniel 2:45)

As history has proven the accuracy of this prophecy, section by section, century after century, there is no reason to doubt its final part in our times.

When will it be fulfilled? According to the Bible the coming of the kingdom of Christ is in the very near future. 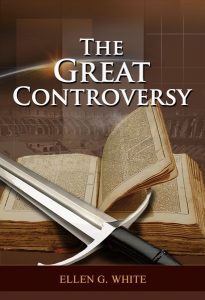 Do you want to discover how the final battle of the world empires plays out in this prophecy? Accept our free offer of the extraordinary book:
The Great Controversy. 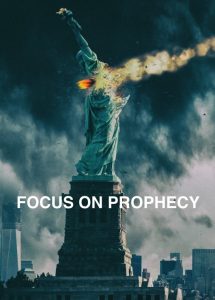 Do you want to study this important and urgent topic? We have a Bible study prepared for that, focusing on the prophecy? Join now:
Focus on Prophecy.

1. “Nebuchadnezzar II, also spelled Nebuchadrezzar II, (born c. 630—died c. 561 BCE), second and greatest king of the Chaldean dynasty of Babylonia (reigned c.605–c. 561 BCE). He was known for his military might, the splendour of his capital, Babylon, and his important part in Jewish history.” (Encyclopædia Britannica, article Nebuchadnezzar-II)

5. “The greatest and most influential multicultural empire in world history to date.” (Encyclopedia.com, article Roman Empire) “The Roman impact on Western and Eastern civilizations lives on. […] The Western world today derives its intellectual history from the Greeks, but it derives its methods of living, ruling and governing from the Romans.” (New World Encyclopedia, article Roman Empire)

6. “The empire was wracked by internal conflict as well as threats from abroad – particularly from the Germanic tribes now established within the empire’s frontiers like the Vandals (their sack of Rome originated the phrase “vandalism”). Rome eventually collapsed under the weight of its own bloated empire, losing its provinces one by one: Britain around 410; Spain and northern Africa by 430. Attila and his brutal Huns invaded Gaul and Italy around 450, further shaking the foundations of the empire. In September 476, a Germanic prince named Odovacar won control of the Roman army in Italy. After deposing the last western emperor, Romulus Augustus, Odovacar’s troops proclaimed him king of Italy, bringing an ignoble end to the long, tumultuous history of ancient Rome. The fall of the Roman Empire was complete.” (History.com, Ancient Rome)

7. “Western colonialism [is] a political-economic phenomenon whereby various European nations explored, conquered, settled, and exploited large areas of the world. The age of modern colonialism began about 1500 […] the emerging nation-states of Portugal, Spain, the Dutch Republic, France, and England. By discovery, conquest, and settlement, these nations expanded and colonized throughout the world, spreading European institutions and culture.” (Encyclopædia Britannica, article Western Collonialism)

8. “Nothing like the Roman Empire ever emerged again”, says Stanford historian Walter Scheidel. “When the end of empire removed centralized control, rival political, military, economic and religious constituencies began to fight, bargain and compromise and – in the process – rebuilt society along different lines. Those 1,500 years (all the way up to World War II) were full of conflicts as Europe splintered into a violently competitive state system.[…] all later attempts to restore universal empire on European soil failed.” (“The fall of Rome was Europe’s lucky break”, Stanford News, 23 Oct 2019)

9. “Our present epoch seems to be increasingly characterized by fear of the future with growing insecurity, social fragmentation and polarization […] The forces of disintegration are reflected in growing evidence of the failing institutions of governance, with often discredited leadership, widespread corruption, loss of public confidence, and the recent rise of populist, reactionary and autocratic movements rejecting multilateralism and diversity. Contributing to all this is a generalized loss of moral responsibility, higher ethics or values, even spirituality, able to fill the vacuum of any higher human purpose in a materialistic society.” (Global Governance and the Emergence of Global Institutions for the 21st Century, Chapter 1 Challenges for the 21st Century, Cambridge University Press)

10. “Reagan and the Pope agreed to undertake a clandestine campaign to hasten the dissolution of the communist empire. Declares Richard Allen, Reagan’s first National Security Adviser: “This was one of the great secret alliances of all time.” (“The Holy Alliance: Ronald Reagan and John Paul II”, Time, 24 Feb 1992)

The video presentation of this same prophecy at Bible Prophecy Seminar. https://youtu.be/sdsdssgP09I