Does the parable of the rich man and Lazarus teach the immortality of the soul? 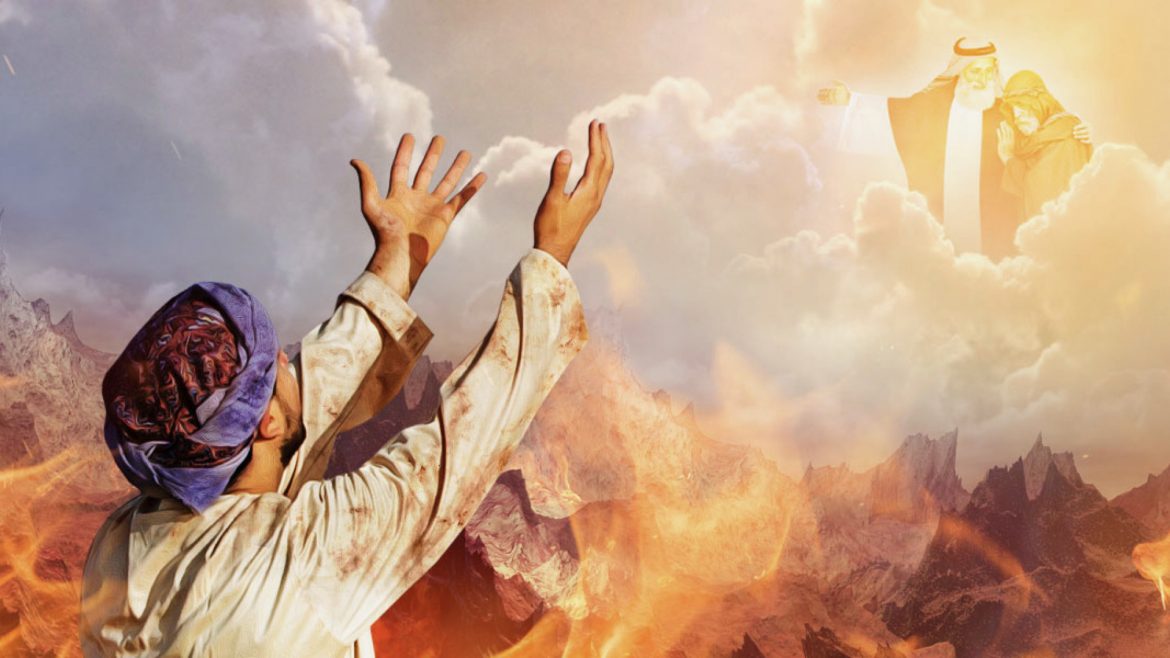 Now the poor man died and was carried away by the angels to Abraham’s bosom; and the rich man also died and was buried. In Hades he lifted up his eyes, being in torment, and saw Abraham far away and Lazarus in his bosom. (Luke 16:22-23)

This parable is frequently referred to as one of the biblical proof texts for the immortality of the soul. The poor man is in Abraham’s bosom, i.e., in paradise and the rich man is suffering in hell while his brothers are still alive here on earth. This interpretation seems to be contrary to the general teaching of Scripture that the dead do not know anything (Eccl. 9:5).

The setting of the parable

The first scene of the parable tells of the vastly different positions in life of two men – a rich man and a poor man named Lazarus. Because names provide specificity and imply importance, it is instructive that the rich man is never named in the story. Normally we would expect the rich man to be named and the beggar to be nameless. The reversal of expectation will become a major theme in the story.

The rich man lives sumptuously while Lazarus is covered with sores and longs to be satisfied from the things falling from the rich man’s table. Instead, his sores are licked by dogs.

Upon death, the poor man is carried to the bosom of Abraham where he finds repose, while the rich man is simply buried.

However, the scene quickly develops into the rich man in the torments of hellfire calling on “Father Abraham” to send Lazarus with at least a drop of water to cool his burning tongue. It is the smallest of requests for mercy – just the tip of the finger dipped in water to cool the rich man’s tongue, not the entire body.

But Abraham refuses the request on two grounds – the rich man had good things in his earthly life while Lazarus had a bad life, and now the roles are reversed with Lazarus comforted and the rich man tormented. Secondly, Abraham notes that a great gulf has been fixed between them so that no one can pass from one side to the other.

The parable teaches the use of resources

Because this parable is linked in Luke 16 with other teachings on the use of financial resources, it makes a great deal of sense to see it as dealing with the same issue. When we use this assumption to look at the teaching of the story, many points in the parable become clear.

First, the rich man and Lazarus are at opposite poles in regards to financial resources. The first part of the story illustrates this graphically.

Details in parables must be interpreted carefully. The parable of the rich man and Lazarus has three clear points:

(1) the rich have a responsibility to help the poor in this life;
(2) the Scriptures are a sufficient witness to lead us to repent and to follow the Bible’s ethic; and
(3) there is no chance for change after death; you will receive the reward you deserve.

Death and the question of the soul

Does the parable go further and teach that the dead are conscious and receive their eternal reward upon death? Several lines of evidence point away from such a conclusion:

2. According to the parable the rich man after he died had “eyes” and a “tongue,” that is, very real bodily parts. He asked that Lazarus “dip the tip of his finger in water.” This corporeal state is contrary to the concept of immortal souls leaving the body at death.

3. If this is a literal account of the afterlife, then heaven and hell are near enough for a conversation to be held between the inhabitants of heaven and hell. Not a very desirable situation for either party.

4. To use this parable to prove that people receive their rewards at death would mean that Christ contradicted Himself when He said in another place that the righteous and the wicked receive their reward at the Second Coming (Matt 16:27; 25:31-46; Luke 11:31, 32).

5. The Old Testament writers are very emphatic in stating that the dead, righteous and wicked alike, lie silent and unconscious in the grave until the resurrection day. See Job 14:12; Ps 115:17; Eccl 9:5-6,10.

A popular story for a Biblical truth

These lines of evidence point toward the idea that, in the parable of the rich man and Lazarus, Jesus simply uses a popular story about life after death, as a graphic way of illustrating the truth that the gospel makes a claim upon our lives and even our resources.

Jesus uses a popular story about life after death, as a graphic way of illustrating the truth that the gospel makes a claim upon our lives and even our resources.

The Jewish historian Josephus (1st century AD) in his “Discourse to the Greeks Concerning Hades” describes heaven and hell in very similar terms to the parable in Luke 16.2 (See William Whiston, translator, The Works of Josephus (Peabody, MA: Hendrickson, 1987, pp. 813, 814.)

We disregard the needs of others around us at the peril of our eternal salvation. It is not that helping them saves us, but rather that the change of heart the gospel works in us will of necessity show itself in outward deeds of grace and kindness.

Discover Truth about what happens with a person after death, about hell, angels, resurrection. Know which of some popular beliefs don’t stand when they are being checked with the truth found in the Holy Scriptures. https://discovertruth.ie/books/#BibleTruths