Dashing babies against the rock… (A difficult Bible text) 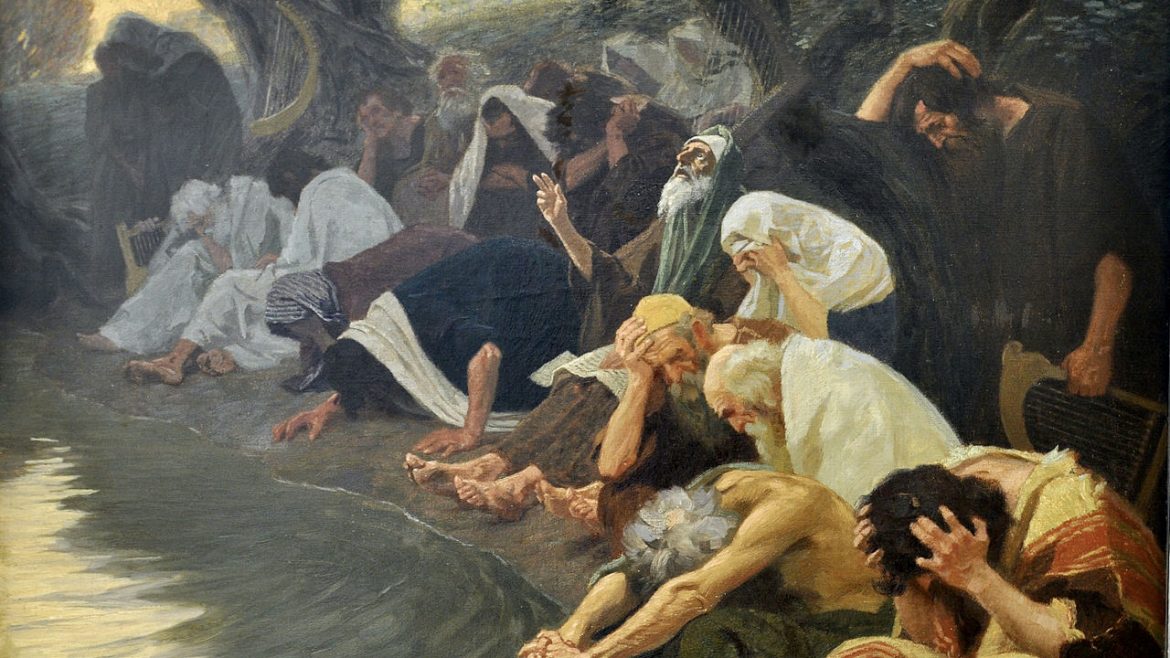 How do you see the verse which says “Blessed shall he be who takes your little ones and dashes them against the rock” (Psalms 137:9)? It just does not sound right. Thank you.

– a question received by email –

If you have ever listened to Boney M, then you know their hit song “Rivers of Babylon”. I know it’s old, but it’s very famous. Did you know that it uses the opening verses of Psalm 137, word for word? This apparently disturbing Psalm is no new discovery. It has been touched upon by various commentators.

If you’ve just stumbled upon this text, then let me invite you to read this Psalm in its entirety. And allow me to point out a few things.

[Yes, please take your Bible and read through Psalm 137 before continuing further.]

This Psalm captures a moment in the story of the Jewish exiles — those who were taken into captivity in Babylon (6th century BC). Reading Bible books such as Jeremiah, Kings and Chronicles, one may already have an idea of this sad story.

One can’t begin to imagine all the kinds of cruelties they had to face: prolonged sieges, terrible hunger, attempted escapes, killing of prisoners, gouging out of eyes, etc. This was the outrageous “normality” of ancient wars.

A refusal to sing…

There beside the rivers of Babylon, the oppressors asked the Jewish survivors to sing with joy…

This was an attempt to mock their faith. You may know that in ancient times (maybe even today still?) people believed that if my nation lost the war to your nation, then my gods were inferior to your gods. Accordingly, a song from the captives would mean an acknowledgment of their inferiority and total submission. There was already a loss of liberty, but the oppressors would press for a bending of the mind as well.

It almost sounds like something from our times, doesn’t it? Where brainwashing and conformity is being implemented within the spheres of social influence.

The singers however refused to sing the Lord’s songs to pagans. (One can appreciate the irony of singing this Psalm whose topic was, well, not singing.)

The rest of the Psalm is a continued reflection upon past and future events. About the fate of Jerusalem, and of Babylon – doomed to be conquered by its enemies (who weren’t Jewish, by the way).

The captives conclude this Psalm by remembering the former acts of their most cruel enemies when they destroyed Jerusalem. In verse 7 we find out how, on the day of the destruction of Jerusalem, its enemies shouted: “Tear it down, tear it down to its foundations.” The unspoken key word: Exterminate!

For our hyper sensitive ears and politically correct society a call for revenge sounds nothing less than barbaric. Yet, if one recalls what these enemies had done to the people of God, the picture makes much more sense. View it as the cry of a victim in a concentration camp who asks the Lord for revenge. Think of the victim of any rape, violence or murder, and see how “human” it would be for a mother or a father to cry out for justice. To expect what verse 8 says: “blessed shall he be who repays you with what you have done to us!” Keep in mind too the cry of the Christian martyrs also asking for justice in Revelation 6:9-10.

(There is only an apparent tension between the Talion Law, eye-for-an-eye, of Leviticus 24:17-22 and the principles bundled together by Jesus in the Sermon on the Mount, turn-the-other-cheek, in Matthew 5:38-42.)

Did you notice that verse 9 (our apple of discord) is in fact a quote from the book of Isaiah? Written more than a century before the fall of Babylon, it prophesied about the fate of this ancient empire – conquered by the Medes (539BC).

God, who knows the future, made known to Isaiah what the Medes would do to the Babylonians:

“Their infants will be dashed to pieces before their eyes; their houses will be looted and their wives violated.” (Isaiah 13:16).

Well, that was war in those days. It has always been, and still is, like that. (One just needs to read any war report in today’s news). War is a wage of sin.

To conclude then, note that this Psalm is first of all a piece of poetry. Thus one should allow, and expect, metaphoric language and hyperbolic expressions. The song also includes a reflection of (f)acts, some from the past, some regarding the future. Crushed by captivity and tormented by pressure, these Jewish singers were echoing a written prophecy about the fate of their current oppressors. Babylon did indeed fall. Just as predicted by Bible prophecy (Daniel 5) and confirmed by history.

When the Jewish singers were released they composed a new song, Psalm 137. A simple story of remembrance of promises and curses.

In summation, this Psalm shows two things: sinners will do harm to all, both to innocent victims or to other abusers; while believers will keep their faith and wait for the Lord to bring justice for all.

Written by Christian Salcianu, edited by Diane Lewis.
You are welcome to comment below and/or ask other questions using this form.

Excellent. Really enjoyed the explanation to a text I had not discovered yet.
Now I want to share the site to others. I may need help to do it best.
Love Merwyn

Thank you very much, Merwyn. I guess it may serve as a preemptive strike for the time when you will be confronted with difficult texts on your journey. We take the Bible as is, as the Word of God. (Sharing the website with a copy/paste of a link to any other resources and offers – Bible Studies – will be a great help. Thank you indeed.) Christian